It’s Valentine’s Day.  Give someone a kiss. 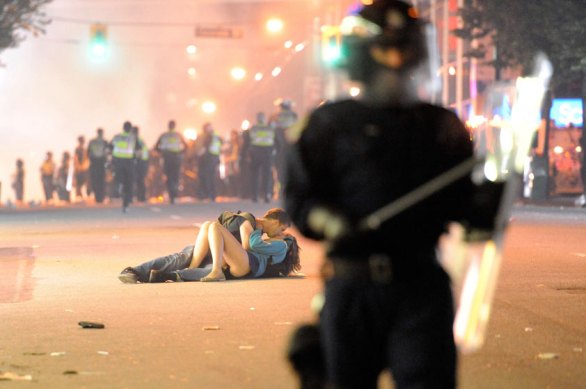 We got hit with about 5 inches of snow yesterday, after meteorologists promised 1-3, the bastards–I’ve got a rant coming about them!  Early dismissals for Mrs. Junk and the Junkettes, and the postponement of their final varsity swim meet of the season from last night to tonight–which also means the cancellation of Ma and Pa Junk’s romantic night out.  No big deal, though–the team is going to clinch another Section Championship tonight, and it’s Senior Salute.  A couple of nice kids I’ve known a long time, who’ve been good role models and better friends to my kids, will be graduating this year.  It’s great to see them move on–everyone is headed to good school, with grand prospects, but I’m going to miss them.  It wasn’t so long ago they were a bunch of tiny, pudgy, scrawny little things… 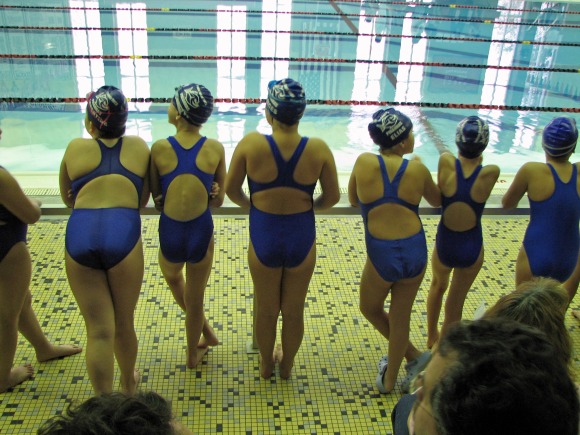 And now they’re young men and women, kicking ass and taking names.  It’s a pity that the state of the world dictates it’s best for all of us to maintain privacy–I’d love to give them all a shout-out.

We can always go out to dinner another night, right?  As for the gift thing, mentioned in an earlier post, I think that I’ve got it covered.

Native, Militant Westsylvanian (the first last best place), laborer, gardener, and literary hobbyist (if by literary you mean "hack"). I've had a bunch of different blogs, probably four, due to a recurring compulsion to start over. This incarnation owes to a desire to dredge up the best entries of the worst little book of hand-scrawled poems I could ever dream of writing, salvageable excerpts from fiction both in progress and long-abandoned. and a smattering of whatever the hell seems to fit at any particular moment. At first blush, I was here just to focus on old, terrible verse, but I reserve the right to include...anything. Maybe everything, certainly my love of pulp novels growing garlic, the Pittsburgh Steelers and howling at the moon--both figuratively and, on rare occasions, literally.
View all posts by JunkChuck →
This entry was posted in Commentary, Journal and tagged championship, cops, day, hearts, kids, kiss, love, lust, police, riot, salute, section, senior, swimming, valentine's, vancouver, violence. Bookmark the permalink.