Another great, slightly under-the-radar singer/songwriter: Lindi Ortega doing “All My Friends.”  I picked this song in particular because not only is it a fantastic song by a talented artist with a mesmerizing voice, it would make the perfect opening song on a soundtrack of my nearly-finished novel, which opens with a whole lot of the protagonist’s friends wanting to see him dead.  Of course, with Ms. Ortega as the soundtrack, there would definitely be worse ways to go.

The last fast food art post was a bit of a hit, so here’s another.

Hey, just a shout-out for the men’s basketball team from my alma mater, Indiana University of Pennsylvania, led by one of the best point guards I’ve had the good fortune to see, senior Devante Chance, and a host of other talented players.  If you want to see some fantastic basketball, without all the hype and histrionics, just a bunch of good, hardworking kids, the game will be broadcast live at 3pm EST on CBS.

Father forgive me for I have sinned. It has been…far too long since my last resoundingly inappropriate and tasteless post.  But I get bonus points for hyping an ambitious artist, right?

In a shocking (to civilized human beings) development, Indiana Governor Mike Pence flourished his ballpoint pen and signed Senate Bill 101, the ” Religious Freedom Restoration Act,” a so-called “religious freedom” law which forbids state or local governments from “substantially burdening a person’s ability to exercise their religion–unless the government can show it has a compelling interest and that the action is the least-restrictive means of achieving it.”

Just what the hell does that mean?  In short, it means that as of July 1, any business in the state of Indiana can deny services, employment, or acknowledgement of anyone based on their religious beliefs.  Practically speaking, it is a license to practice bigotry.

Governor Pence, denying that the law does any such thing, said “This bill is not about discrimination, and if I thought it legalized discrimination I would have vetoed it.”  Leaders of the Republican-controlled senate called concerns nothing more than a “misunderstanding.”

But Eric Miller, the Founder and Executive Director of Advance America stated, a leading supporter of the legislation, said  “It is vitally important to protect religious freedom in Indiana.  It’s the right thing to do.  It was therefore important to pass Senate Bill 101 in 2015 in order to help protect churches, Christian businesses and individuals from those who want to punish them because of their Biblical beliefs!”

Because the 85% of people in the state of Indiana who identify as Christian suffer daily at the hands of the overbearing, rights-denying, freed0m-hating, gods-damning unwashed 15 who haven’t been bathed in the blood of the lamb, so to speak.

A press release from the ironically titled Advance America continued “Churches, Christian businesses and individuals deserve protection from those who support homosexual marriages and those who support government recognition and approval of gender identity (men who dress as women).  SB 101 will help provide the protection…Christian bakers, florists and photographers should not be punished for refusing to participate in a homosexual marriage!”

The bill passed despite loud public outcry from citizen groups, celebrities (including Indianapolis Colts Punter Pat McAfee, who grew up about half an hour down the road from my home–good for you, Pat!), businesses, the NCAA and the sponsors of several major conventions that bring millions of dollars to the state have expressed serious concerns, not only for the economic impact of this bill but for the safety and welfare of conventioneers, business persons, employees, and others who might suffer the soon-to-be legal wrath of Christian extremists looking for payback after losing their struggle against equal marriage rights last year.

It is telling that Pence signed the bill during a private ceremony, which was barred to both public and press, in his Statehouse office just before 10 a.m. Thursday. He was joined by supportive lawmakers, Franciscan monks and nuns, orthodox Jews, and some of the state’s most powerful lobbyists on conservative social issues.

While this bill is aimed at punishing and denying civil rights to homosexuals, I’m curious what happens the first time, say, a Muslim store owner denies service to a Jewish patron, or perhaps a Hindi restaurant owner refuses to seat a Muslim–or, for that matter, a southern Baptist hotelier denies lodging to Catholic?  It is a slippery slope, once we step away from the ideal of equality–I mean, what are the Scientologists going to do with this law?  I shudder to think.

It’s going to suck to live in some corners of Indiana for a while, but supporters of equal rights should take comfort in the absolute surety that bigoted business owners in all but the most insular communities will quickly feel the financial effects of their discriminatory practices.  Indeed, the main reason that shameful laws like this pass is because it requires the average person to sit quietly by and let the professional hate-mongers who make careers of sewing discord do the dirty work.

I very much hope that a network is quickly formed to call out the hidden bullies who will pick and choose when to use religion as a cudgel to wield against their neighbors. In fact, I’d love to see someone call out businesses in the State of Indiana who intend to adopt discriminatory policies because–you know what?–most of them are going to be too cowardly to actually see it through, let alone admit it publicly.

And, once again, I offer this old rhetorical chestnut:  WWJD do, brothers and sisters?

And by the way, fellow Pennsylvanians–get off your high horses, we’ve got one of these laws too. 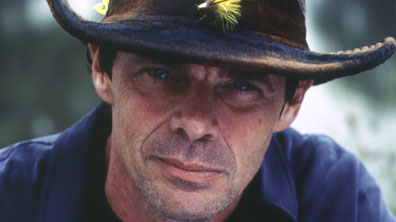 “Good things come to those who wait, but shit pretty much shows up right away, doesn’t it?”
–Rich Hall

When manna like this falls from heaven it’s almost enough to make you believe in, well, heaven.  I’m generally frustrated at the realization that I’m basically a man without a political party–too poor and yet too smart to be a Republican, and too smart and yet too practical to be a Democrat–but there are times when, along with double the disgruntlement, that I enjoy double the hilarity.  It is in times like these that I thank the Great Spaghetti Monster for men like Ted Cruz, and the n’er-do-wells who mock him.  This is going to be fun. 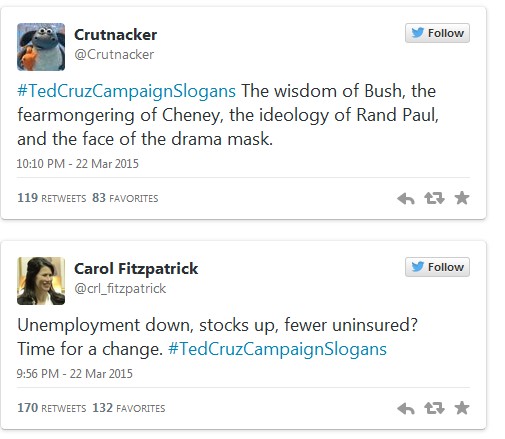 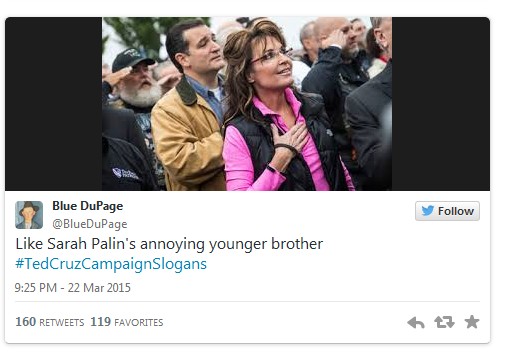 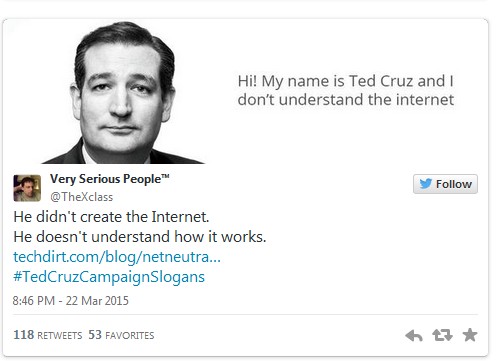 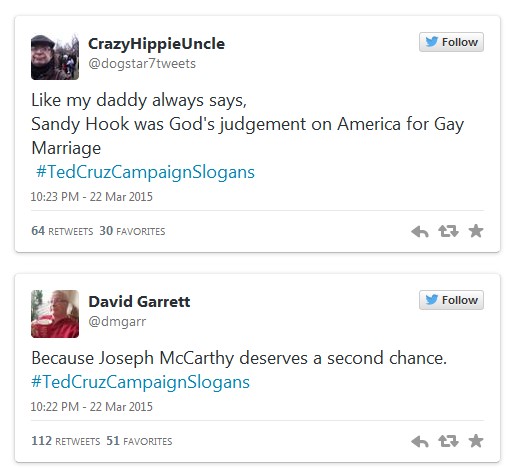 And in the “Why we really love hipsters even though they’re so easy to make fun of” column…. 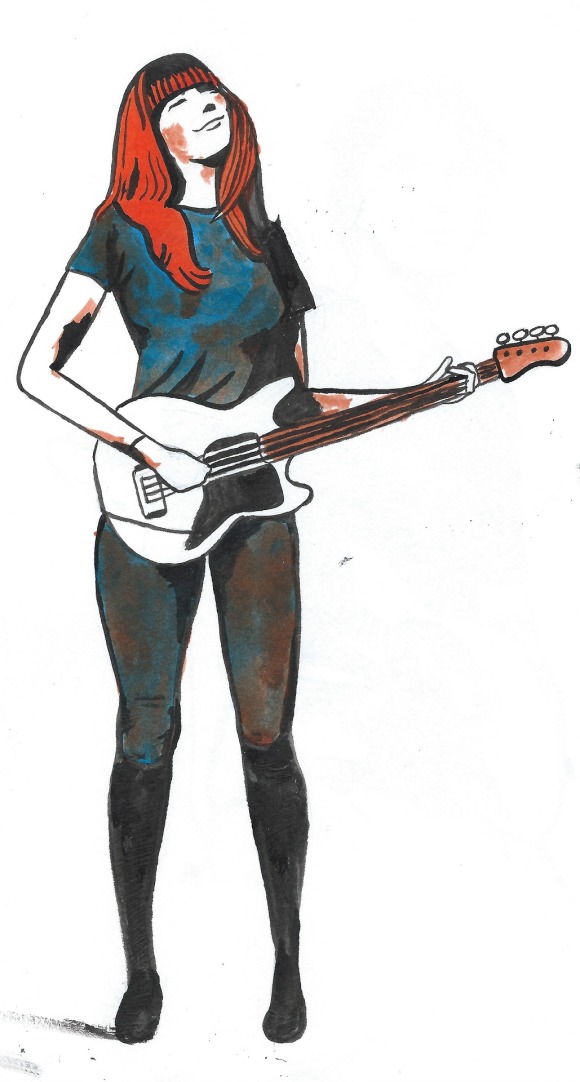 I recently ordered something from Amazon–not the items in the screen shot below, sadly, that’s just a re-creation using some books I’m going to get around to sooner or

later.  Now, I knew my order was above the free shipping threshold, but for some reason it hadn’t been calculated in–so I read that blurb at the top (bright blue and green) and clicked that and…BOOM.  I got “free shippping” alright–because that quickly I joined Amazon Prime for $105.00.  That’s like a “free” drink that comes in a glass that costs–well–one hundred and five bucks!

Now, if you notice further down in the box there is a smaller, black print with a little oval I can click  to get actual free shipping that is actually free, and maybe I should have read the entire page through, but I’m confident in my belief that the intent here was to trick me and a lot of other people into buying their very expensive “free shipping.”  It’s no different than the way Amazon takes you to the kindle version of a book if you don’t specify you want a real book.

The clincher, when I clicked on that tab there was no warning, and no chance to change my mind–to do that I had to go back to my account, sign in, read through the “help” section, then go to my account, and to “My Prime” and then submit my request for a refund that should be “processed in 3-5 days.” Right? They can take my money at the speed of light, but it takes ’em the better part of a week to give it back

Scoundrels and thieves. That’s what I think. Am I right–or am I just ridiculous, or both?

A quick word about Sally Wiggin day.  Sally is the queen of Pittsburgh media, a rabid Steeler fan, and an accomplished journalist adored by all.  I can’t believe that I missed it when the city of Pittsburgh City Council declared last Tuesday as “Sally Wiggin Day.”

You’re the greatest, Sally.  Marilyn’s got nothing on you.