If what has been alleged is true, and the evidence seems fairly universal and damning, the ugly sack known as Paul Pelton is not a collection of skin and bile and fat and bone, he is a sick, festering, rotting sack of worm-ridden shit. 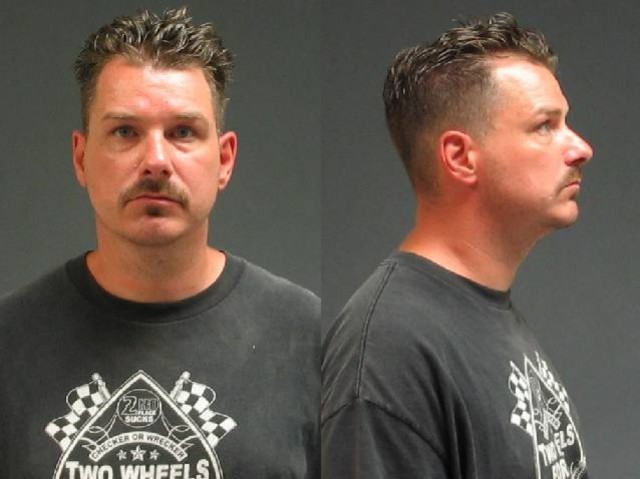 It is story that must be read to be believed–in short, he came upon a traffic accident, forced his way into the wreckage, and berated the victims while filming their suffering, and never lifting a finger to help. One of the grievously injured teenagers died shortly after.

Pelton attempted to sell the footage to local news stations around Lorain, Ohio, but when they rightly–and admirably, I must say–refused, he published them himself under a the pseudonym “Paul Santucci” on Facebook.  Alerted the disturbing, macabre act police arrested Pelton, but there really isn’t a law to fit this disgusting violation of human decency.

In my mind, the heartless Pelton is a cold, evil man to be watched, a potential sociopath unburdened by conscience, empathy, or even a tenuous grasp of the concepts of right and wrong.  May he live out his day, isolated by his fellow humans, feared by some and loathed by all, like a monster who lives under a bridge on the dark road outside of town.

Native, Militant Westsylvanian (the first last best place), laborer, gardener, and literary hobbyist (if by literary you mean "hack"). I've had a bunch of different blogs, probably four, due to a recurring compulsion to start over. This incarnation owes to a desire to dredge up the best entries of the worst little book of hand-scrawled poems I could ever dream of writing, salvageable excerpts from fiction both in progress and long-abandoned. and a smattering of whatever the hell seems to fit at any particular moment. At first blush, I was here just to focus on old, terrible verse, but I reserve the right to include...anything. Maybe everything, certainly my love of pulp novels growing garlic, the Pittsburgh Steelers and howling at the moon--both figuratively and, on rare occasions, literally.
View all posts by JunkChuck →
This entry was posted in Uncategorized and tagged accident, evil, filmed, ohio, pariah, paul pelton, santucci, sociopath, teens Lorain, wreck. Bookmark the permalink.