Today is a civilization-pausing holiday where I live, the Monday after Thanksgiving, the end of the 5-day weekend: Deer Day.  If you also live in a region where NRA bumper stickers outnumber high school diplomas, you know what I’m talking about.  If yer City Folk, I’ll spell it out: it is the first day of rifle season for white-tailed deer in Pennsylvania,

and the beginning of the an unofficial moratorium on outdoor activity. For the next two weeks, our local newspaper’s sports section will be filled with photos like this.  A few folks I know, most of whom have never really spent a lot of time outdoors, and whose relationship with nature is primarily rooted in the “I love furry sweet wittle aniwals” find it repugnant.  Though I prefer my meat to reach me as God intended (wrapped in plastic, on a styrofoam plate–or better still, on a bun), I see a big difference between the freezer-filling traditionalist who dominate the culture here in Westsylvania, and cold-blooded trophy-takers who travel the world “bagging” exotic game just to hang heads on the wall.  I’ve no time–or respect–for that narcissistic, consumption-driven, savagery.

But hunting deer for food: I’m all for it.  As gardeners, we spend too much energy on thwarting these evil critters. Anything that takes down their numbers is fine by me. They 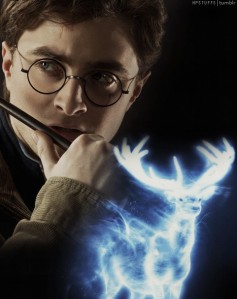 are beautiful, graceful creatures but, with apologies to Harry Potter and that magic light-up stag that patronuses his ass out of hot water again and again, they are a living, breathing curse on the land, a plague on hooves.  If J. K. Rowling had lived in the country, the odds are she sure as hell would have picked a less diabolical creature as her hero’s totem.  But that’s not right, either. The word “diabolical” implies a degree of malevolent thought, where deer are just stupid eating machines who don’t know better than to step in front of speeding cars. They’re more like Zombies in that regard, and as with Zombies, I revel on every bloody deer corpse I’ll see today, on its way from forest to butcher.  Because: Deer, if you didn’t get this from context above, I hate them all.

Ironically, the white-tailed deer owns a stirring story of ecological recovery here in Pennsylvania, where the species was eradicated about a hundred years ago, along about the same time that 90% of the state was denuded to feed the ever-hungry iron industry and build the communities that grew up to support it.  Such was the totality of the carnage that what remained was referred to as “the Pennsylvania desert.” For those of you who ever drive through the northern forests of my fair state, consider this while traversing those 3 hours of nearly endless, desolate forest along Interstate 80. 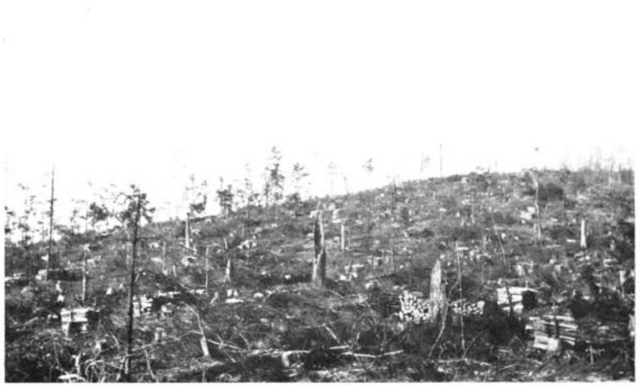 When it became clear that things had gone too far (typically:this came after the damage was done) efforts were made to repair the damage along with the brush fires, flash flooding, soil erosion, and so forth that followed unrestrained deforestation. As a treat, a small population of white-tailed deer was imported to Pennsylvania for re-introduction. They took hold in those days of slowly recovering forests, and continued to thrive in today’s many transitional areas where farm meets forest, where forest meets sub-division, or where anyone in the state tries to grow a tomato.

The problem, of course, is that while deer were brought back into a re-made landscape

that has proved perfect for their species, none of their predators were brought along for the ride. No wolves, no mountain lions, and no coyotes–and it stayed that way for a long time. There haven’t been wolves for over a century, evidence of transient lions appears rarely, and mysteriously, but there is no population.  Coyotes have only very slowly been recolonizing, presumably from the Adirondacks in New York above  us, and they are hunted with a vengeance, pretty much 24/7/365 as a “furbearer” species–but really because licenses for hunting deer, and the ancillary economic gains from the hunt, are a major economic engine in the state, and coyotes could be a significant competitor to the state government.

And so, with interest in hunting declining, as well as a shrinking population, the deer population is growing, especially within the confines of rural and suburban communities where a standard hunt is not practical. That’s how I end up putting my dog out at night anf finding fourteen deer in the back yard–and gods help us if we forget to take the bird feeders indoors at night.  And we live on a busy street, in town, not in the country.  Sadly, because of that the deer hunt doesn’t give us any relief–our resident deer maraud the neighborhoods by night and retreat into a nearby park by day, staying well outside the firing zone.

I’ve learned to do the same. Only a fool would not.  I’ve been shot at in the woods (out of season, by jerks, poachers, moonshiners, meth cooks?) and most everybody knows someone who has had a close–or close enough to be scary–call.  A friend of mine was shot in the back while kayaking, and the guy who did it got off because “he thought he saw a deer.”

So, it’s not perfect–but I grew up around it, so I’m used to it, and from a pure vengeance standpoint, I’m good with hunting.

Native, Militant Westsylvanian (the first last best place), laborer, gardener, and literary hobbyist (if by literary you mean "hack"). I've had a bunch of different blogs, probably four, due to a recurring compulsion to start over. This incarnation owes to a desire to dredge up the best entries of the worst little book of hand-scrawled poems I could ever dream of writing, salvageable excerpts from fiction both in progress and long-abandoned. and a smattering of whatever the hell seems to fit at any particular moment. At first blush, I was here just to focus on old, terrible verse, but I reserve the right to include...anything. Maybe everything, certainly my love of pulp novels growing garlic, the Pittsburgh Steelers and howling at the moon--both figuratively and, on rare occasions, literally.
View all posts by JunkChuck →
This entry was posted in Commentary, Uncategorized and tagged buck, deer, deer day, doe, hunt, pennsylvania, rifle. Bookmark the permalink.

Travel. Seek the beauty in the chaos. Repeat

A site to discuss better education for all