The Black Swallow of Death

I know, you’ve missed me–I’ve been buried in real-world work again–but I’m swimming towards the surface.  In the meantime, here’s a transcript, with some additions, from a Facebook post that’s making the rounds–a story too fascinating, exciting, and (sadly) unsurprising to not share with you. 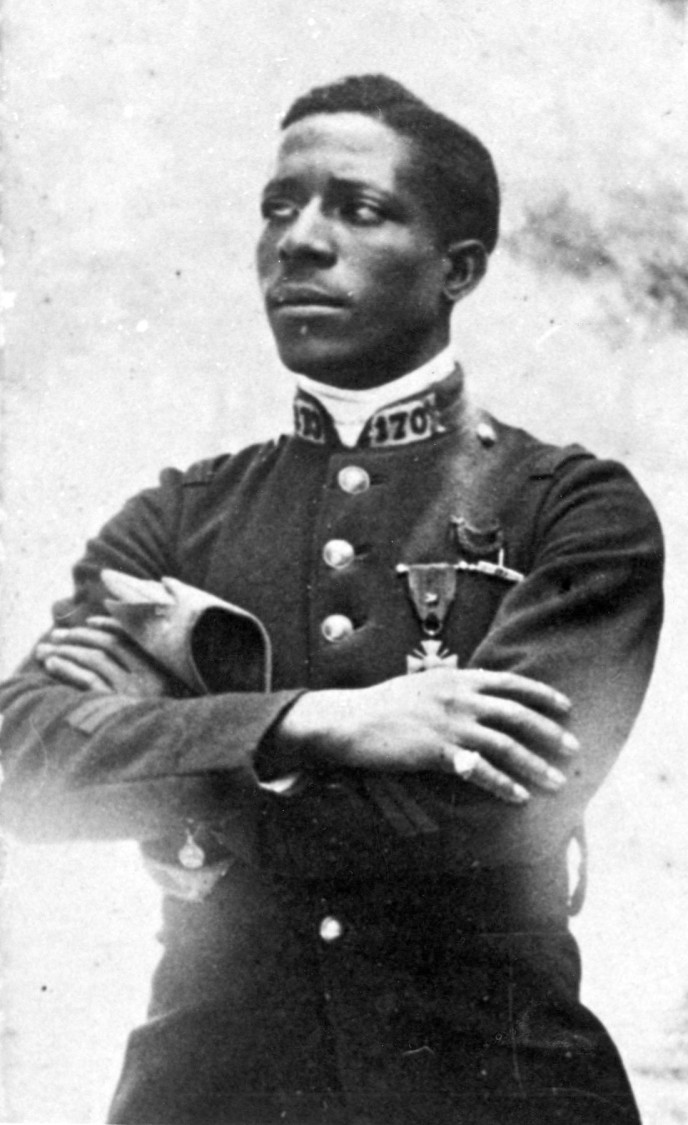 Do you know who this is a photo of? Chances are you don’t, but don’t feel bad because probably not one American in one million does, and that is a National tragedy. His name is Eugene Jacques Bullard, and he is the first African-American fighter pilot in history. But he is also much more then that: He’s also a national hero, and his story is so incredible that I bet if you wrote a movie script based on it Hollywood would reject it as being too far-fetched.

Bullard was an expat living in France, and when World War 1 broke out he joined the French Infantry. He was seriously wounded, and France awarded him the Croix de Guerre and Medaille Militaire. In 1916 he joined the French air service and he first trained as a gunner but later he trained as a pilot. When American pilots volunteered to help France and formed the famous Lafayette Escadrille, he asked to join but by the time he became a qualified pilot they were no longer accepting new recruits, so he joined the Lafayette Flying Corps instead. He served with French flying units and he completed 20 combat missions. 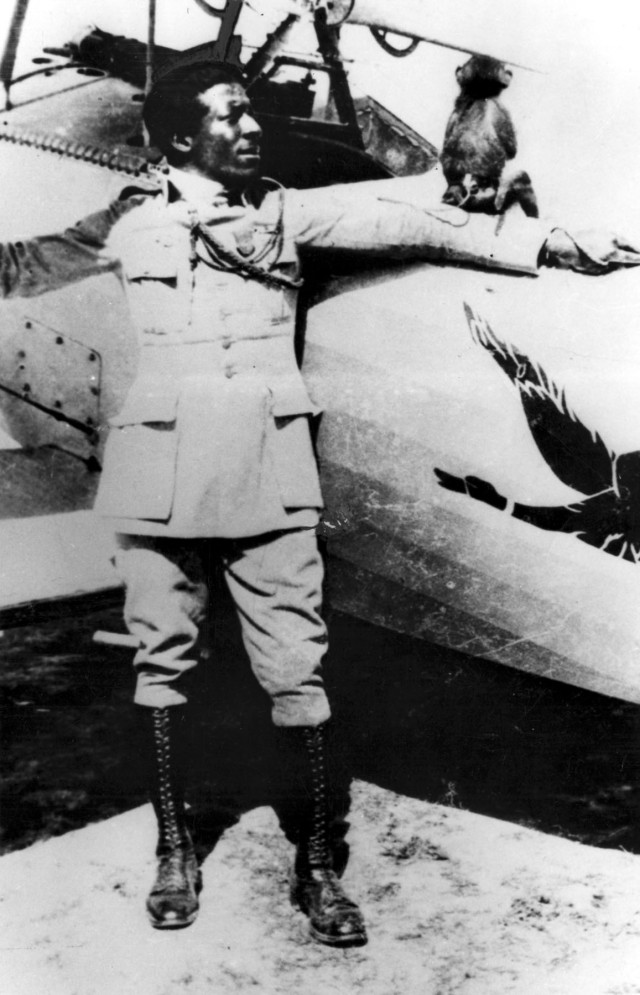 When the United States finally joined the war, Bullard was the only member of the Escadrille or the French Flying Corps who was NOT invited to join the US Air Service. The reason? At that time the Air Service only accepted white men.

Now here is the part that almost sounds like a sequel to ‘Casablanca’: After WWI Bullard became a jazz musician in Paris and he eventually owned a nightclub called ‘L’Escadrille’. When the Germans invaded France and conquered it in WW2, his Club, and Bullard, became hugely popular with German officers, but what they DIDN’T know was that Bullard, who spoke fluent German, was actually working for the Free French as a spy. He eventually joined a French infantry unit, but he was badly wounded and had to leave the service.

Bullard became known as “The Black Swallow of Death,” a pretty awesome nickname by any accounting.

By the end of the war, Bullard had become a national hero in France, but he later moved back to the U.S. where he was of course completely unknown. Practically no one in the United States was aware of it when, in 1959, the French government named him a national Chevalier, or Knight.

In 1960, the President of France, Charles DeGaulle, paid a state visit to the United States and when he arrived he said that one of the first things he wanted to do was to meet Bullard. That sent the White House staff scrambling because most of them, of course, had never even heard of him. They finally located him in New York City, and DeGaulle traveled there to meet him personally. At the time, Eugene Bullard was working as … An elevator operator.

Not long after Eugene Bullard met with the President of France, he passed away, and today very, very few Americans, and especially African-Americans, even know who he is. But, now YOU do, don’t you? And I hope you’ll be able to find opportunities to tell other people about this great American hero that probably only 1 American in 1 Million has ever heard of.

Postscript: It’s worth noting that I also discovered this photo of Bullard being beaten by police in the famous anti-black, anti-communist, anti-Semitic Peekskill Riots of 1949. God bless America–the more things change, the more they stay the same.

The italicized text above arrived in my hands attributed to someone named Terry Dunn, via Facebook. I’m unsure of its provenance.

And there is even a book. It is amazing how much there is that we don’t know.

Native, Militant Westsylvanian (the first last best place), laborer, gardener, and literary hobbyist (if by literary you mean "hack"). I've had a bunch of different blogs, probably four, due to a recurring compulsion to start over. This incarnation owes to a desire to dredge up the best entries of the worst little book of hand-scrawled poems I could ever dream of writing, salvageable excerpts from fiction both in progress and long-abandoned. and a smattering of whatever the hell seems to fit at any particular moment. At first blush, I was here just to focus on old, terrible verse, but I reserve the right to include...anything. Maybe everything, certainly my love of pulp novels growing garlic, the Pittsburgh Steelers and howling at the moon--both figuratively and, on rare occasions, literally.
View all posts by JunkChuck →
This entry was posted in sheer awesomeness and tagged black, bullard, espadrille, eugene, france, hero, heroes, history, lafayette, pilot, racism, war, world war 1, world war 2. Bookmark the permalink.

8 Responses to The Black Swallow of Death