Makes Me Want To Beef Binge, Just Because… 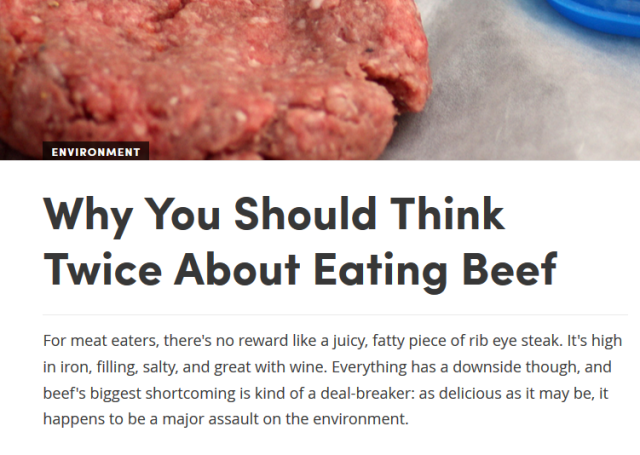 An old friend recently tossed this depressing article on her Facebook page….

Ever the churlish contrarian, I crafted an offensive, caustic response–even though I’m barely a beef eater myself, the preciousness of all this chicken little vegan nonsense hits me like wood splinters (or slivers, if you will) beneath my fingernails. I thought it was funny, of course–but in such matters I’m often alone. Still, fortunately for you I’m compelled to share. 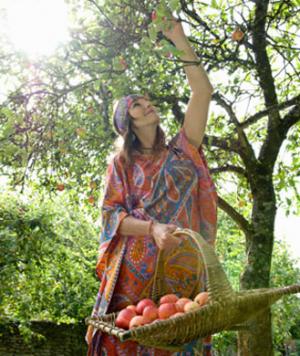 Remember when our vegetarian friends were primarily innocuous, over-sensitive earth-muffins who delighted in saying things like, “oh, man–don’t you get that you’re eating pain, man?” I miss those older, simpler days. The new thing is that steak is a civilization-ending vehicle for megalomaniacal destruction of not just our way of life, but the entire human race. And that that’s a lot to blame on a burger.

It is rare from me to eat beef twice in the same month, but I still recognize these are truly the end of days. There are no options. Soy tastes like shit and shrinks testicles, Salmon in declining and mostly factory farmed, and I can’t even think the word “vegan” without giggling. (soy/vegan = chemical/metaphorical castration–coincidence? I think not.) Sigh. I mean: jeez, it took me the better part of a decade to figure out how to pronounce “quinoa” and now we can’t even eat that because now that it’s trendy the people who grow it can’t afford to buy it and are starving. I don’t even want to know what terrible news about edamame is on the horizon.

My wife ate a burger in a restaurant the other night that was an abomination some sadistic bastard constructed of crushed black beans and, probably, Elmer’s Glue.  I thought, “cue the creepy music and lightning effects, and call Igor–this is  Frankenfood.” I opted for the shrimp, because I’m a bully and like to pick on creatures much smaller than I am.

But I digress. The obvious solution is the forced sterilization of vast hordes of third world folks (including a wide swath of the American Confederacy) in order to reset population numbers and create space for the emissions created by the chicken tacos, pepperoni, and occasional breakfast sausage necessary to lead a honest, satisfying life.

Of course, I would be on board with a “local only” meat rule in the face of drought. I mean, hell, it rains here 258 days a year. It’s the economy of scale that gets us–I can buy half a cow from Liz & Malcolm (although I don’t understand what to do with a lot of the strangely shaped cuts), who pretty much just let the beef wander around their property for a couple years before (Chuck makes slicing motion across his neck). Maybe that’s the solution? Don’t know a farmer? Eat seeds and twigs.

Native, Militant Westsylvanian (the first last best place), laborer, gardener, and literary hobbyist (if by literary you mean "hack"). I've had a bunch of different blogs, probably four, due to a recurring compulsion to start over. This incarnation owes to a desire to dredge up the best entries of the worst little book of hand-scrawled poems I could ever dream of writing, salvageable excerpts from fiction both in progress and long-abandoned. and a smattering of whatever the hell seems to fit at any particular moment. At first blush, I was here just to focus on old, terrible verse, but I reserve the right to include...anything. Maybe everything, certainly my love of pulp novels growing garlic, the Pittsburgh Steelers and howling at the moon--both figuratively and, on rare occasions, literally.
View all posts by JunkChuck →
This entry was posted in Commentary and tagged beef, drought, food, soy, vegans, vegetarians, water. Bookmark the permalink.