I try to me a man of the times, albeit of the “quickly aging/hell in a bucket” variety.  I have my vices (whiskey, salty snacks, pedal steel guitar music and the objectification of 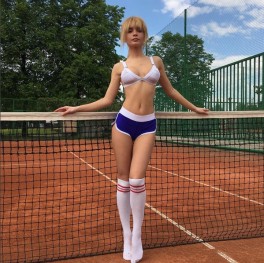 devices–the newly acquired bad-ass desktop computer (because laptop keyboards are too small for my sausage-sized fingers, and sometimes you just can’t say no to a big old desktop monitor and 2.5 TB of Itunes music, downloaded internet images, saved emails and personal photographs). There is also a slick Samsung notepad that is great for road trips, digital literature, and the morning visit to the bathroom. I’m just not the dustbowl luddite some folks seem to think I am.

Much to the approval of my family, not to mention the shocked amazement of old friends, I also recently acquired my very first smart phone. It wasn’t really by choice. As my children approached graduation, the old land line phone started to ring incessantly, mostly with universities and colleges, but increasingly with telemarketers, unidentified robo-calls, offers of credit card refinancing (although I don’t use credit cards), free cruises and trips  to the Caribbean, and those guys call from “the

tech support” who desperately need to access my computer to fix a terrible problem I’d yet to realize. (Nice try, guys, really).

It was time for the land line to go, and time for me to put a little effort into 1.) keeping my phone not only charged, but turned on, and 2) actually knowing where my phone is at any particular moment and carrying it around with me, and 3.) actually answering it when it makes noises.

Those noises were the tricky part. My kids fixed it up so I can access all my social media–a well-meant job, though frustrating when I realized that every web site has a different website for android, requiring and entirely fresh learning process. And it is loud. The

damn thing is constantly chirping and clucking with notifications, and while I could turn them off, I am trying to be more engaged with the modern world. The grumpy, contrarian, stubborn technophobe isn’t really who I am–although I’m frustrated by the constant, and usually gratuitous, upgrades and changes of our technology,  I love the access to opinion, art, literature, and thought provided by the age of the internet. I’m entranced by Instagram, beguiled by Facebook and the connectivity it gives me to friends and family despite world-weary teenagers regularly telling me “Facebook is over.” (Kids: keep the commentary to yourselves; your wisdom is just as deep as your wardrobe choices are appealling. You may be the future, but I’m still the present, and if you sneer at me again I’m going to embarrass you in front of your friends with a fierce and until now unanticipated grace and fury.

Of all the social media, Twitter is the format I just can’t seem to abide. While I’ll be the first to praise its unrivaled value in the transmission and early coverage of breaking news, I’ve written elsewhere about the derogatory effect that Tweet-based communication and culture, which are purposefully superficial, projects onto our culture. For a while, when it seemed that a significant portion of young people were gleaning their news from Twitter, I feared for the future.  Occasional profundity through brevity is stomped on by the obscene lack of nuance.  One needs only think of Donald Trump and his one word proclamations.  “Sad.” and “Corrupt.” Declarative proclamations punctuating venal opinion stated as fact, as parodied here:

I am confident that Trump owes his rise as much to the trend of news as infotainment, and the era of putting page hits ahead of integrity in media. I would go further by saying that in a world without Twitter, Donald Trump would not be the phenomena that he is today,  not only because it is an ideal platform for his simplistic, unformed rants and half-formed “policy” but because the very nature of Twitter has prepared us to accept such.

Just as frustrating is the inherent chaos of Twitter–in order to keep up with even my modest list of a few hundred followed Tweeters  (far less than my “follows” on WordPress), constant vigilance is essential lest I fall hopelessly behind and miss an actually interesting post. I don’t have time for it, and miss far more than I see.  Adding insult to an already difficult task are the serial retweeters who place hit counts over quality. You know, the ones who show up throughout the day with two dozen or more re-tweets in a row? Is selectivity no longer a thing? Is liking a post not enough?

It is little wonder to me that Twitter is supposedly twitching and and gasping on life support. Unless one has no life outside a device, or a life so dry and quiet that one can devote significant attention to scrolling the tsunami of static roaring across the Twitter feed, the format is a mess. The only value I find in it is that other folks, with seemingly more time, energy, and resources than I, somehow find a way to sift through the detritus for rare clumps of value which they can package for the rest of us to consider and enjoy as I did with the faux Trump quote above.  As far as its value in carrying my own words to readers, I rate it as a few rungs higher than attaching notes to balloons and releasing them into the wind.

Native, Militant Westsylvanian (the first last best place), laborer, gardener, and literary hobbyist (if by literary you mean "hack"). I've had a bunch of different blogs, probably four, due to a recurring compulsion to start over. This incarnation owes to a desire to dredge up the best entries of the worst little book of hand-scrawled poems I could ever dream of writing, salvageable excerpts from fiction both in progress and long-abandoned. and a smattering of whatever the hell seems to fit at any particular moment. At first blush, I was here just to focus on old, terrible verse, but I reserve the right to include...anything. Maybe everything, certainly my love of pulp novels growing garlic, the Pittsburgh Steelers and howling at the moon--both figuratively and, on rare occasions, literally.
View all posts by JunkChuck →
This entry was posted in Commentary and tagged chaos, failure, instagram, nuance, social media, trump, tweet, twitter, wordpress. Bookmark the permalink.

12 Responses to Am I The Only One Exhausted By Twitter?