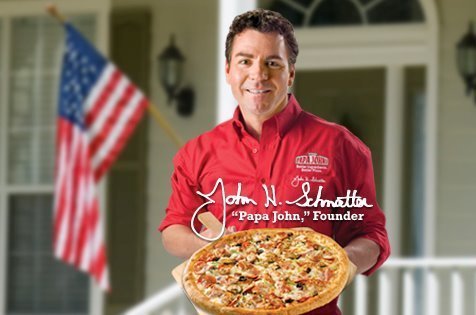 In a fit of bluster tailor-made to appeal to Fox News and the Conspiricist Right’s reactionary gullibility,  Papa John’s founder and CEO John “Papa” Schnatter blamed NFL players who take a knee during the national anthem for his struggling corporation’s plummeting sales figures.

“Leadership starts at the top, and this is an example of poor leadership,” Schnatter said on a conference call with investors Wednesday. “The NFL has hurt Papa John’s shareholders.”

Schnatter joins the short but boisterous crowd of free speech opponents, polo-shirt racists, and drooling rednecks in their chorus of (add Sheriff Roscoe P. Coltrane-voice here, puttering over “Them Dukes, them Dukes”) who can’t stomach the cracking glass of the Old Boys Network as a broader, more diverse group of American voices demands to be heard--although one suspects Schnatter, who famously bemoaned the fact that he would have to raise the price of his pizzas by 14 cents each if compelled to provide basic health coverage to his employees, so he would cut employee hours instead (aside to Mr. Schnatter: I don’t by your “ketchup bread” so-called pizza, but if I did, I’d gladly throw in an extra quarter if it meant your people had health coverage, and you can keep the extra 11 cents for yourself.) He’s just another rich white guy bleating “how dare they” when somebody who doesn’t fit his antebellum idea of what voices deserve to be heard.

Maybe he should taste the product he is putting out. The fact that he includes dipping sauce for his pies, presumably to make the tasteless crust vaguely palatable is a hint. Papa John’s Pizza is the standard bearer of what we call, at our house, “lowest-common denominator” pizza. That means, when you’re at a high school football game or an acquaintance’s awkward evening of cheap beer and Cards Against Humanity, you shrug and maybe eat a piece. Two if find yourself drinking too much, but you don’t 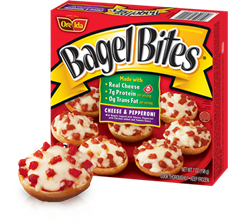 mumble primal “ughhheummmmmmm” like a hedonistic neanderthal the way you do when you order real pizza, from a pie joint that doesn’t literally pull the pizza off a conveyor belt. (Seriously, if you see a conveyor belt in a pizza shop RUN, don’t walk–find a real italian joint. Hell, you’re better off eating frozen pizza bagels

No, Papa John is looking for a scapegoat to explain his failing numbers to shareholders that have been ready to take him by the throat for a while now, and picking the NFL not only gives him a highly visible, controversial straw man to poke, it give him leverage to cut costs by feigning outrage and weaseling out of advertising commitments he’d made to the NFL. Clever, right?

John’s, have been gleefully savaging Papa Johns on social media. And just yesterday Pizza Hut, which pushes out servicable corporate pies that taste like artisinal creative masterpieces compared to the Papa, bragged of their recent sales growth and pointedly stated that they’re not seeing any of the effects Schnatter claims.   Ouch!