This is a classic, and for good reason….the Buckley children clearly had some mommy issues. 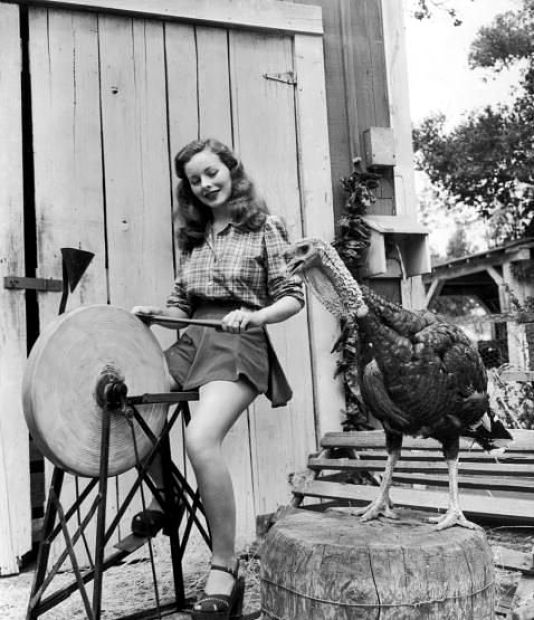 Kate Jackson was my favorite Angel. If that even means anything to you, it should explain some things.  If you can shake the Farrah out of your dreams and get your mind around what I just said, then the next stop is clear, and needs only one word: Velma.

I understood that the stories were about Shaggy and Scooby.  I got that, and I love those guys like brothers.  I can even do a pitch-perfect “Like Zoinks, man!” and swagger like “Rohn Rayne!”  I have to admit that I always had a soft spot in my heart for brainy girls–the girls in the movies who wore glasses because that’s how heavy-handed directors and producers made sure we got that they were the smart girls.  It always bugged me when, at the end, they take off their glasses and we’re supposed to suddenly realize “wow, she’s kind of hot.”

I’d known she was hot all along, and not just “kind of.”  I thought she was “all kinds of hot.”  Big difference, there.

I don’t mean to say that Daphne wasn’t lovely, or that she didn’t have a decent intellect–but she tended to need a lot of rescuing, and then there was that business with Fred who, let’s face it, didn’t exactly, uh, (ascot …cough, cough) lean in her direction. Fred made a fool of Daphne, and we can appreciate her misguided loyalty, but that’s not the kind of thing that engenders an enduring respect that, over the years–or episodes–grows into love.  Velma would never have stood for that kind of crap–and that’s the kind of girl I like.  I still remember first grade, when a girl named Millie who lived on my block, with the biggest brown eyes and a shy smile, caught my eye.  I was smitten…until, a few days later, another girl from the neighborhood threw a rock at me and missed.  I laughed in her face and she kicked me in the shin.  Hard enough to draw blood.  For the next two years, until a snotty red-haired Scottish girl moved to town and called me a wanker on her first day on the playground, I lived and breathed Tammi.

I’ve been pleased of late to discover that I’m not alone.  Velma has been getting some serious love on the internet for a while now, both from artists and the cos-play community (think sexy halloween for grown-ups, with a sci-fi/fantasy bend, but all year round) .  Travis Pitts’ epically cool rendering of Velma as Buffy-esque Slayer-style heroine was the first image I saw and the inspiration for this entry, but a quick google or two delivered a bonanza of badassery that needed to get out.  Gina B. has her own series over a deviantart.com, which has apparently been downloaded and reposted on at least one out of every 2 geek-infused websites on the net, but my current favorites are from Pittsburgh photographer Jeff Zoet, and how cool is it that these came from Pittsburgh, the greatest city on Earth and the Zombie Capitol of the world?

And are we surprised that Velma has the axe?  Not when that nancy-pants Fred is huddling behind both the chicks and the hippie–even that hippie happens to be rocking a pump-action shotgun–and Daphne has a cute little crossbow pistol, deadly but delicate. That leaves Velma, already burdened with the intellectual side of things, to do the heavy lifting–or, swinging, as the case may be.  As usual–with apologies to Freud–Velma brings the wood.