Let’s see what you’ve got.  Post a link to your pizza pictures in the comments section.  Ours were perfect, even if the toppings were not particularly inspired–two pies with pepperoni on half and just cheese on half.  One of the better crusts I’ve made in a while.  Sorry the post is late–couldn’t take my eyes off of that Steelers game, and then it took me twenty minutes to find the damned cord to connect the camera to the computer.

If you’ve waded into the WordPress community–or Blogworld in general–you probably know at least a little about NaNoWriMo; if you don’t, look around. It’s in front of you, even if you didn’t notice. The scientific term is “abuzz.” NaNoWriMo stands for National Novel Writing Month, and you can dig into the grimy details here:

Basically, the idea is to write a short (50,000 word) novel in a single month.  They provide, via the web site, a tool to record and count your text–you can compose directly into the site or use your own processor and cut and paste–and a support community that continues throughout the year.  It’s really cool.  And it’s not as easy as it sounds.  Nor as difficult.*  I think.  It might just be.  I’ve come up short several times, but we’ll get to that.

You should try it.  If you ever wanted to write a novel, or if like me you’ve written crappy novels and 1400-page novels that really want to be six novels, and want to do it again, but better, it’s the perfect scenario.  We’re all doing it.

I know, I know; if “everyone” was jumping off a bridge, would you jump off too?  I’m a little ashamed to admit that, long ago, when they were, I did, and it was terrifying.  I don’t have a sense of adrenalized dread over NaNoWriMo, not like I’m standing outside the railing of a bridge staring down at a trickle of water ambling over boulders–it’s more like disbelieving wonder, anticipation, and a little bit of chomping at the bit.  Christmas Eve, the night before the first day of a new school year (but without the new shirt–maybe I should buy a new shirt?), or before the first day of practice for a new sports season, the first day at a new job, or that moment when you’re young and you call a girl on the telephone–and she answers. 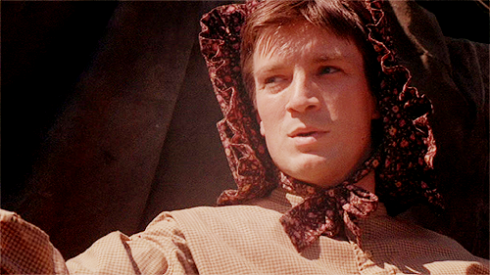 reasons are just excuses wrapped in petticoats and pretty bonnets, right. Right?  So, no excuses, no bonnets. (Part 2 is all about the bonnets.)

I’ve got a very simple, linear plot, a beginning, and end, a protagonist, an anti-hero, a moustache-twirling villain, and a darkhorse villain who may be the most villainous of all, or might be pretty reasonable, as villains go.  I haven’t plotted out the details, which makes things much more difficult given the time constraints, but there’s no point in dwelling on it–I’ll just be aiming my characters down the road, with a few harsh words and a smack on the ass, to see where they go.

*I reserve the right, when I’ve finished, to ramble on almost indefinitely about how hard it was, how far I’ve trudged, how sore my butt is from sitting in this chair all these hours, etc.