I was going to write about all the things I’m not writing about–you know, because it’s been a good week with a lot going on, but I’ve been busy–but in the process of telling what they were and what I wasn’t going to write, I wrote some stuff…

And then I wrote some more. 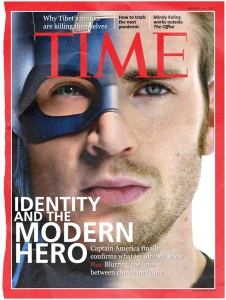 And now this post is to explain, in advance, why I’m writing about all this stuff after it’s relevant.  Just think of this blog as an old school magazine made out of paper (they had those, it’s true).  Somebody dies on Tuesday, you don’t read about it until next Monday and that’s okay.

Some things, that deserve to be written about, still won’t be, and that’s a damn shame.   I’ve missed more Chris Christie corruption (go figure–somebody should start a pool on when his fellow Republicans are going to turn on this guy and feast on his ample flesh–Newsmax is already eyeing up his flanks with a barbecue pit smoldering in the background), that cartwheeling airplane crash in Taiwan (holy shit! right?) and the worst of the worst: ISIS.

On the plus side: Harper Lee’s staff is sending us a “new” old novel, which I highly anticipate borrowing from the library (because that baby’s going to cost $30 for sure, and Ms. Lee doesn’t need my financial support nearly as much as the small cadre of pulp science fiction authors whose work I buy new just because of, well, karma.  Maybe I’ll write about that sometime, but not today.

And I digress.  As usual.  But who cares?  No good pictures in this post–no one will read it.  I know how the game works.

I’ve been mired in snow. I’m in the property maintenance business when I’m not wearing my SuperBlogger spandex tights and cape, and it’s been snowing for 12 days straight–which means I’ve been salting and scraping for 10 of the past 12 days.  I took last weekend off–it was a good weekend, actually: two bands in bars on Friday and Saturday and a great Superbowl Party, although I should have ditched out on at the latter while a mix of rain and snow fell for hours.

An inch of slush above an inch of clear ice greeted me Monday morning–cleaning the sidewalk was a lot like running a Zamboni over a rink.  I was just sort of polishing the ice–and 250 pounds of salt over 13 properties–about 700 linear feet of sidewalk plus stairs, stoops, and entries–didn’t do a damned bit of good.  Sigh.  We’ve had 1-2 inches of snow each day this week, and I’ve finally got it under control.  And, okay–so I’m going to put some pictures in here after all.  I’m weak. 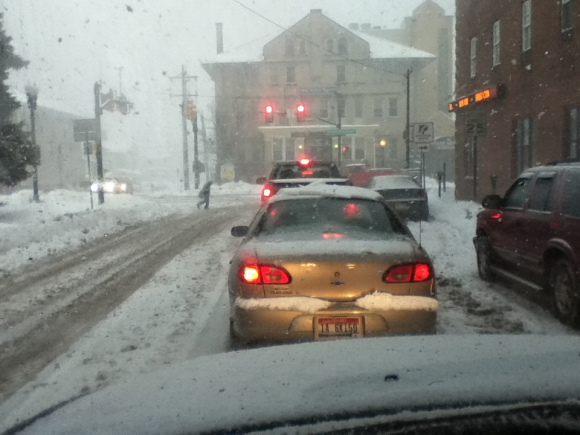 It is a good thing that I really like snow. I like being out in the winter, in the cold.  I like how snow looks, I like how it squeaks when it’s damnably cold, and how it sticks to all the branches and shrubs when it’s just below freezing.  I even like the shoveling, though my current workload is probably a bit excessive, and here’s the thing: I have a tractor with a plow, and two snowblowers–but I like the scrape of the shovel on concrete, and I’d rather burn through my biceps and shoulders shoveling than wrestle with those damn machines 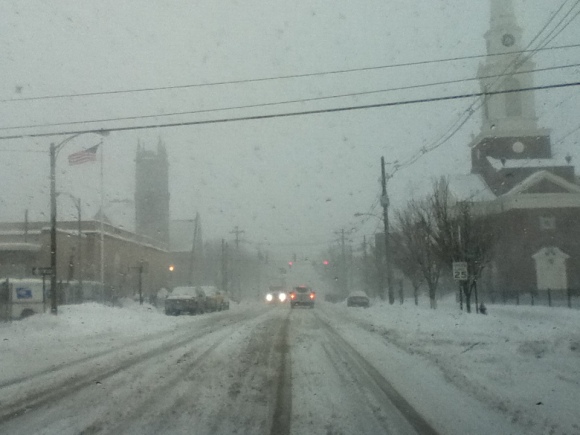 and their infernal combustion engines that never like to start  in cold weather.  And not to mention dragging a trailer laden with equipment around town as the streets narrow and get all sloppy–that’s no fun at all.  Just my shovel and me, being all manly.

It’s 5:45am–got to get the girls to the gym for strength training.  More later.