Supreme Court Justice Antonin Scalia has been getting hammered this week, on the losing end of a series of decisions that uphold legislation that runs contrary to his idealogical stance, including upholding the Affordable Care Act and, today, legalizing same sex 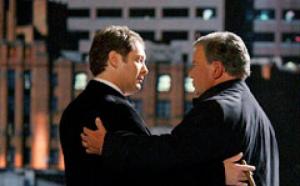 marriage in all 50 States.  Scalia and his partner, Judge Clarence Thomas, are two of the most ideologically predictable jurists in recent Supreme Court History–they consistently vote their politics, while just as consistently criticizing other judges for doing the same thing.  In writing the minority dissent for the latest decision, Scalia indulged in a massive hissy fit of epic, whiny, sour grapes proportion.  It’s kind of awesome–the link below leads to an article with some of the best quotes, as well as a slate magazine site in which you can enter your name and generate a personalized insult from Justice Scalia. 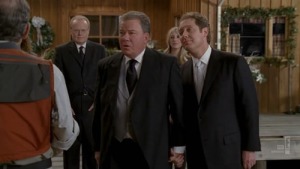 I’m thinking back fondly to the series finale of Boston Legal, in which hetero-life partners/lawyers Allen Shore and Denny Crane, played by  James Spader and William Shatner, are united in same sex marriage with Justice Scalia presiding and Dick Cheney glowering in the background.  Somebody who knows needs to get that up on youtube.