It is time to regale you with an amusing onslaught of altered–or totally made up–and absolutely inappropriate children’s book covers, because they are apparently a thing, and they’re crazy funny. Mostly. Some are a little disturbing, most are offensive. If you in any way were under the illusion that I take this blog seriously, this should nip that in the bud–or butt–once and for all. And yes,pretty much all of these are offensive in one way or another, so if you don’t get annoyed, outraged, or scandalized right away, be patient: your turn in coming. 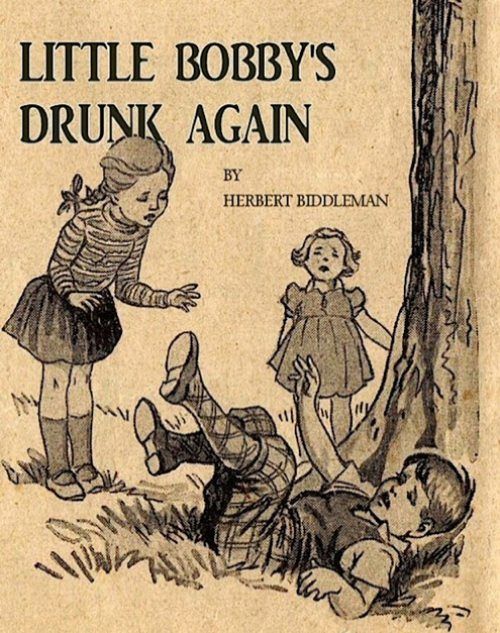 …why they keep making children’s movies now that my kids are grown?

Most of them look pretty awful.  Seems like such a waste of valuable screen space.

A lot of Christmas and Holiday Parties this week, including my own little 60-person soiree. If you’re going out, have fun–and be careful.

I choked on Jump Week–I owe four “Jump-themed” found photos, so you’ll get ’em today through Wednesday and worry about what comes next after that. This is a good one, eh? I particularly like the furthest kid to the left, turned to face the camera and mugging unapologetically.

You know you want to be them…

Its been a good watermelon week at Old Road Apples’ summer wonders, but like all good things, it’s time for (burp) a good thing to end.

Even more than all the pretty girls at the beach photos, summer photos of young people–or any people, to be honest–having fun are my favorite summer wonders: jumping off stuff, splashing stuff, throwing stuff–it’s all about the stuff, right?

Strange people, really odd people, live at my house.  Not only is there no dishwasher (listen to the gasps), but we do have a purple kitchen.  We didn’t set out to have a purple kitchen–it just happened that way.  It used to be yellow, but after more than a decade we suspected that the bright color was contributing to a general unease in our family–it was vaguely energizing, but in a room that didn’t benefit from additional nervous energy, so when we decided to replace out horrid vintage laminate counter top with something more attractive we opted to go the whole way.  We looked at the entire palate of bland neutral colors and nearly settled on some sort of sandy speckled yawner when my wife pulled out a purple sample card and said “What about…?”

“Yes!” I blurted, nodding conspiratorially.  So we’ve got some purple counters–not lavender, not violet, but purple. Think artificial grape. We expected to get some criticism, as we did when we first moved in and painted the living room Very Bright Green.  My aunt, ever sensitive, stepped into the living room of our newly purchased and refitted house and remarked, “It’s going to look great once you do something about this awful paint.”

Nothing like that has sprung from the purple kitchen, but we’ve noticed visitors looking at things a lot more closely, and from them we’ve heard a lot of surprise from 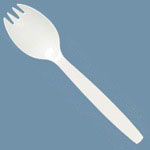 folks who are shocked to discover we don’t have a dishwasher.  They don’t know how we do it.  They know they could never survive.  There’s a touch of surprise, but a strong current of pity and not a little fear–could this happen to us?  Could we not have a dishwasher?  They whisper to each other when our backs are turned, and act surprised when we don’t serve them on paper plates with plastic sporks.  As if we’re savages.

We just never got around it.  My father in law brought us a nearly new machine that my wife’s sister had  rejected from her new home–it didn’t match the decor or something–and I kept it in the garage for a decade, all with the intent of installing it someday, but we finally dragged it to the curb last autumn, still practically new but considerably more dusty.  It was gone within minutes, presumably to a good and appreciative home, but then who doesn’t appreciate a good, solid dishwasher?

It’s just–I’ve spent too much time in other people’s kitchens, watching them scrape and spray off, chisel at, and actually scrub their dirty dishes before putting them in the dishwasher, and I don’t get it.  Why do they wash their dishes before they put their dishes in the dishwasher–if you’re going to do that, why not just have a “dish rinser?” I can wash by hand as quickly as any machine, probably more quickly in many cases, with a lot less noise. I don’t have to embark on a major engineering project stacking the dishes in the machine, then extricating them, and I don’t have to stand around later picking all the dried food particles off of the glasses and silverware before they get put away.

It makes no sense.  I can’t think of another machine that requires us to do all the work before we use it.  Imagine browning starting a small fire in order to brown bread before we put it in the toaster, or sweeping your entire house with a broom before running the vacuum, or shaving* with a razor before using an electric shaver?  It’s ridiculous.

And now it seems that the reason so many people have sniffling, sickly kids may be because of the damn dishwasher not, as I presumed, their innate genetic inferiority.  See, I knew something was funny with that machine.  I never trusted it one bit.  Who is the paleo-housekeeper now, Mouseketeers?  Now, I know this is science–so those of you on the right side of the theater might not believe in it, but maybe there’s something to it.

*I’ve heard some men actually do this to their faces.