I tried for a long time to keep politics out of this blog. Okay, for a little while–but it seemed like forever. I had this idealistic dream that I could keep my mouth shut and 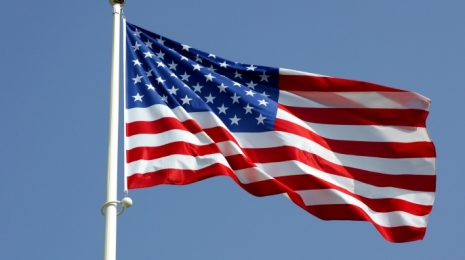 inoffensively skip through the ether, getting along with everyone in a post Rodney King dream world of sunshine, lollipops, and glistening dew on early morning spiderwebs.

That went down the crapper quickly enough, because the world is full of rednecks who think America reached its pinnacle in the moments following confederate succession, who deny racism, who think that women’s bodies autonomously reject pregnancy in the event of rape, and Presidents–a fucking President, man–who brags about his history of sexual assault with a wink and a grin that says, well, you know, those chicks were asking for it.

I never liked being called a liberal. I haven’t much stomach for the sensitivity that has become a source of both internal pride and external derision for the moral left. Our unofficial family slogan here in chez junk is “suck it up, Lizzie.” There’s a story behind that–no one here is named Lizzie–but it has been a pretty effective way to raise children. Knocked down? You get back up, wipe your tears on your sleeve, and get on with it. I appreciate the importance that the left has placed on identity, on saying the right words at the right time, on being first and foremost respectful–but it is wearying, too, and it has become clear that in focusing so much energy on not being offensive (which is different from simply being respectful) we have concentrated too much on matters of individuality and too little on those that effect the community at large.

In a manner of speaking, those are peacetime concerns. We are presently at war against a despot who would wipe his fat, pimply ass with the constitution while scheduling prime time melodramas to air him bloviating from that same wrinkled, cellulite-curdled butt. Also against us are the enablers–rational and possibly even generally good men and women who know better–who goddamn know we can be so much better–yet who sit quietly by out of loyalty to party and love of power, hitching their carts to a twitter-mad, id-obsessed madman suffering from classical Textbook narcissistic personality disorder.

I’ve been a Democrat largely because the Pennsylvania electoral system is set up so that independent and third-party voters can’t vote in primaries, which means exclusion from local elections such as town council, school board of directors, and row offices. I’ve stayed 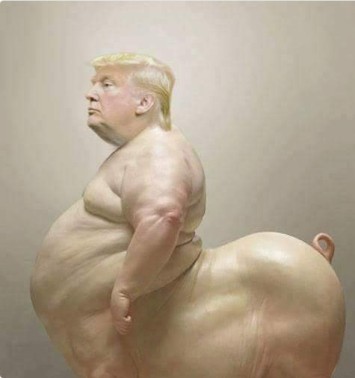 a Democrat because however bad it gets, Republicans also seem to be worse. (You think Anthony “Look At My” Weiner isn’t thrilled about Trump’s romp through out ugly political landscape?) Democrats also seem to have better taste in beer.

Some of this is by default. For example: I align with pro-choice and environmentalist positions because, let’s be honest, I love trees, mountains, and untrammeled desert while I don’t particularly care for people and feel very strongly that there should be less of them–and it’s an either/or thing with birth control: teach kids about effective birth control and make it readily available or stick with all this ridiculous abstinence rhetoric and keep the abortion rates where they are.

I may do a position paper sometime in the future, when I’m feeling feisty, but I’m here now to declare–unless you missed it–that for now and for the immediate future, Old Road Apples will be a Voice of The Resistance; not THE voice of the resistance by any stretch of the imagination, but one voice among many, however ragged, second-hand, exhausted, or shrill. It will remain so until the current threat is quashed, until the Constitution is again revered, and until we have leaders who put justice, reason, sanity, and morality ahead of party allegiances and private aspirations.

If you’re a conservative and thrilled with the way things are going, I urge you to stick around, engage me, and make an effort to explain to me why? Because I clearly don’t understand. If you agree with me, in whole or in part, I need to hear from you as well. It is good to know we’re not alone, as we teeter on the brink of destruction. Let’s get this fixed so I can get back to being my old self–it’s far more rewarding to mock liberalism than it is to carry its torch, but as the old saying goes, the enemy of my enemy….

These posts keep showing up in my timeline, and here’s the disclaimer: I wish I had the reserve to keep my mouth shut, because I’m passionately indifferent about gun control. It is politically untenable and pragmatically impossible. The “war on drugs” has cost us billions, with billions more to be spent, and for what: we give up (and rightly so) on demonizing marijuana and face growing problems with both methamphetamine and a buffet of misused gourmet narcotics, not to mention a shocking and disgusting epidemic of heroin use. Yeh, heroin–the drug that, when I was a kid, was identified with back alley junkies half a step removed from the walking dead, is cool.

And we want to repeat this with guns? Piffle. It is fairy tale idealism like this that makes me cringe when folks mistake me for being a liberal because I like trees better than people, and schools better than corporations. Still, the question I must ask is this: just who the hell do you think is “making us give up our guns?”

The answer is NO ONE. Oh, there are people out there who loudly express their desire for a gun free society, who desperately want harsh gun control, but it’s like I tell me kids: I want a pony, but nobody is lining up to give me one, not even for my birthday.

Now, some folks want to make it a more discerning process to get more guns, but never once has anyone with any authority or influence made any attempt to legally, systematically take away weapons from honest people. The hysteric paranoia in this regard verges on the absurd. People defend invasive government infringements on personal liberties such as “stop and frisk” by saying “if you don’t have anything to hide, you shouldn’t mind” but when someone says “maybe a longer waiting period and more exhaustive and comprehensive background checks to find out if you’re a felon or a loony” is akin to the Germans rolling on into Poland. The only people talking about taking guns away from citizens are the NRA which, it is good to remember, is legally incorporated not as a grass roots advocacy group, but as an industrial marketing and lobbying organization.

Before you read further and get all indignant, let me remind you I’m a big fan of Jesus–my upbringing in the bosom of the Methodist Church formed the framework for much of my morality–and, of course, my cynicism, my expectations of inevitable hypocracy and, ironically enough, my deeply sentimental conviction that there is good in the world (maybe not a lot, maybe not enough, but enough to be foolishly hopeful.)  The thing I would have liked to hear more about in church was Badass Jesus, Defiant Jesus, Superhero Jesus, Jesus tearing up the temple and putting the crooks on their asses, Jesus the Original Left-Wing Troublemaker, 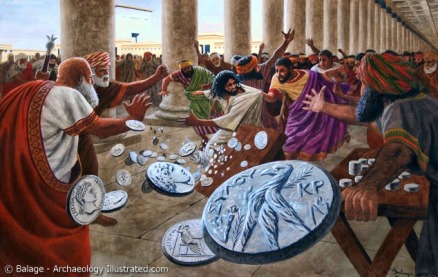 Jesus sticking it to The Man, Jesus fighting the system like Robin Hood, like the Dukes of Hazard and, ultimately, Jesus taking a metaphorical bullet for talking too much and shaking up the power class, like Bobby Kennedy, MLK, Malcolm X. I’m pretty sure Jesus would have been a cool guy to sit down with, have a beer, and talk about those crazy Occupy kids and our favorite episode of My Name Is Earl–I mean, Jesus was a tradesman, at the end of the day, a carpenter. And a guy like that, you can bet he had a sense of humor.